Supporting the
Electrification
Movement
in the USA

Energy Supply Developers, LLC. (“ESD”) was formed by a group of leading industry and business executives who have joined forces to address the need to establish the lithium-ion battery value chain in America. ESD was incorporated in the State of Delaware in March, 2021.

Demand for advanced batteries in the United States is increasing due to the rapidly improving economics of electric vehicles, tightening emissions regulations and the needs in a wide range of industries for clean energy. As U.S. electrification demand grows, the market for Li-ion batteries is projected to increase significantly over the coming decade. Because global battery production is currently dominated by a handful of Chinese and East Asian players, there is a need in the United States to onshore critical parts of its battery supply chain for reasons of national security and long term economic viability. 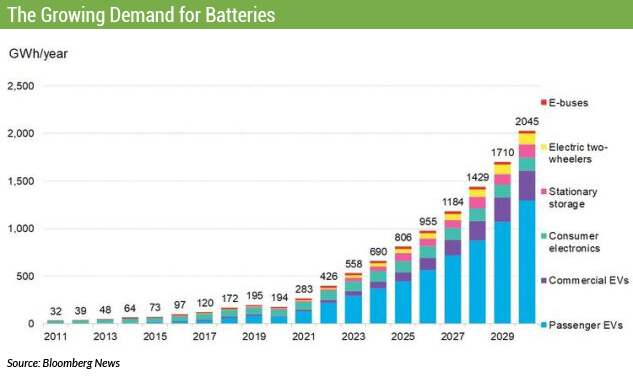 While large auto companies are partnering with established cell producers to manufacture batteries in the United States in large volumes for electric vehicles, the demand for advanced batteries goes well beyond passenger cars. Companies that require batteries in smaller quantities for applications in industries such as energy storage, defense and industrial and agricultural equipment remain underserved and must rely on overseas battery producers and a long, costly and potentially unstable supply chain. Recent events have underscored the importance of having domestic sources of battery production, which includes all of the key elements of the battery value chain.

In the face of such demand, many cell producers and battery suppliers do not have the capital and other resources needed to undertake large land acquisition and construction projects that are necessary to design and build manufacturing facilities with economies of scale.  As a result, there is a need for smaller, modular and more affordable space that allows battery cell producers and their suppliers to reduce logistics costs, shorten supply time frames and economically establish manufacturing in the United States.

To meet this need, ESD’s goal is developing a series of “Super Sites” in the United States that include industry leaders in battery and energy storage, as well as emerging companies with new technologies. ESD’s Super Sites will include the infrastructure needed to establish complete value chains for the development and manufacture of all types of batteries in America. ESD’s Super Site Battery Industrial Parks will include manufacturers of cells, modules, and key participants in the battery supply chain. In addition to manufacturing and supply chain companies, ESD’s Super Site Battery Industrial Parks will integrate other necessary services such as testing and facilities for research and development. 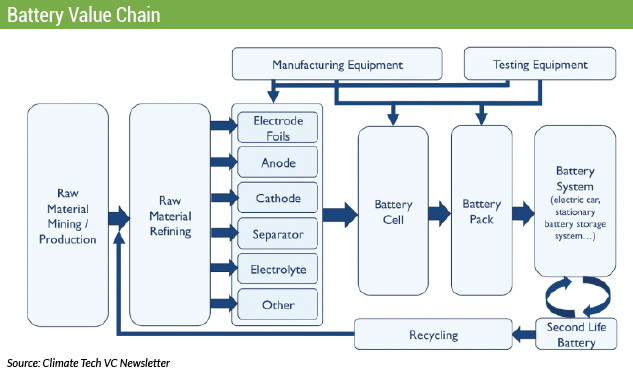 ESD will acquire the rights to 800 to 1,000 acre tracts of lands that are suitable for the development of the Company’s Battery Industrial Park Super Sites. In terms of location, ESD will give preference to sites that: 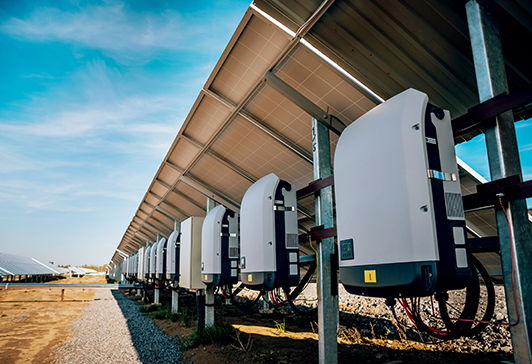 Are in close proximity to end users of battery cell, packs and modules 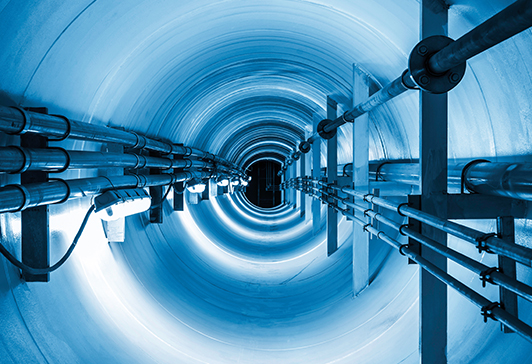 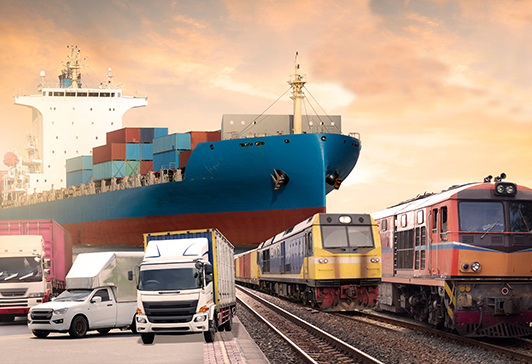 Have access to transportation by highway, rail and waterway 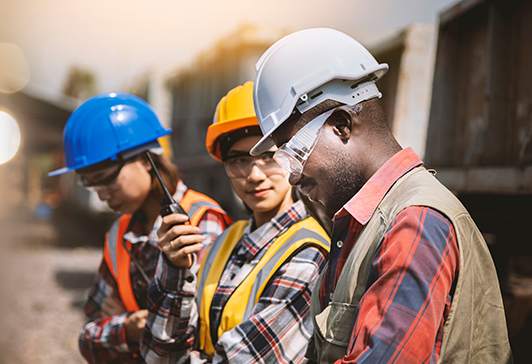 In summary, ESD provides a turnkey solution that makes the job of establishing U.S. manufacturing more manageable by:

Negotiating with the government to obtain favorable tax and other policies

Building a facility according to the client’s specifications

Leasing the building to qualified tenants, or selling the completed building to its client 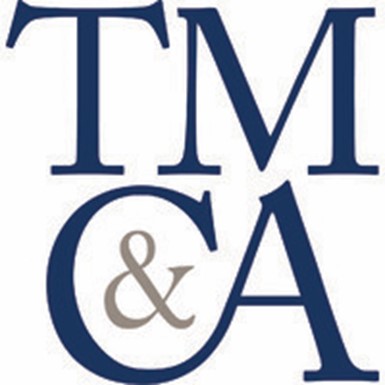 ESD has partnered with Thomas Crowley & Associates (“TMC”), a prominent Indianapolis based real estate development firm, to develop its Battery Industrial Parks. TMC was established in 2013 as an independent company focused on comprehensive procurement and management of high-end, national developments. TMC’s projects span numerous areas of expertise, from land assemblage and development to financing and full project management.

Incorporated in 1964, Yates is one of the country’s top commercial and industrial construction companies. Yates provides a wide range of construction services and has been working closely with ESD in the development of its Battery Industrial Parks. Based on the needs of ESD’s clients, Yates can provide completed building designs and construct facilities according to a client’s specifications. Yates has unparalleled experience in the design and construction of battery related facilities.

1. Can you provide an update on the plans of Energy Supply Developers (ESD) to develop Battery Super Sites across North America?

In late March, ESD’s real estate development partner signed a Letter of Intent for the initial plot of land to be developed in a Midwestern state in the United States of America (USA), which will most likely be the location of ESD’s first Super Site. This land is intended for the use of the cell producer that we expect to be the “Anchor Tenant” at the Super Site. The senior management of the cell producer has since met with the Governor and Commerce Secretary of the Midwestern state, as well as with officials from the economic development authority. The visit and the meetings went well, and the senior management of the Anchor Tenant are very satisfied with the arrangements that are being made. The Anchor Tenant has been approved for substantial funding from the Federal Government of the USA, and once the funding is made available, the project will move forward quickly.

2. Currently, how many letters of intent (LOIs)/agreements are signed with prospective tenants?

3. How many cell makers are signed-up and could you characterize their respective technology offerings?

As a result of RSD’s wide network of contacts throughout the global battery industry and the unique set of capabilities which we offer, ESD is being contacted by battery cell producers and their suppliers from around the world. With the announcements by the major automakers and the various development initiatives being undertaken by the USA government, ESD has found that the level of interest in producing batteries in the USA has increased significantly in recent months. As a result, ESD is working closely with at least five other lithium ion battery producers on their USA production plans.

While the Midwestern site that ESD believes will be its first Super Site is of interest to most of these cell makers, they are also interested in exploring sites located in other states. In most cases, the proximity of a site to key customers is a major consideration. However, in all cases, ESD’s ability to offer site location, facility design, construction and financing services is compelling. In addition, the cell producers we are working with are very interested in ESD providing its “turnkey” services to their respective suppliers.

4. Has the level of interest in partaking in the ESD initiative been impacted by the various battery joint ventures and foundry announcements?

As mentioned previously, interest in establishing battery facilities in the USA has picked up substantially in recent months. ESD’s Midwestern site continues to be attractive to prospective battery producers due to its proximity to major battery users; excellent highway, rail and water transportation alternatives and access to human and technical resources. Having said that, the USA is a big country, and sites in other states have their own unique advantages. That is why ESD’s strategy is to develop a series of Super Sites throughout the country. This would offer suppliers in any of ESD’s sites the ability to supply cell producers located in the same site or at other sites. Whether a supplier establishes several sites in the USA, or supplies the USA market from one site, will depend on the product, the cost of establishing manufacturing facilities and a variety of other factors.

5. How are things going with land acquisition?

Land acquisition has not proven to be a problem. At the Midwestern site, the decision was made to negotiate an LOI for the initial parcel of land in order to start the process, with the understanding that this parcel is only the first piece in a much larger project. The state and local development officials understand and support ESD’s plans, and we don’t expect land acquisition at the Midwestern site to be an issue. Meanwhile, our real estate development partner has been busy gaining access to land at other potential locations for an ESD Super Site.

6. Are there facets of ESD that people may not be aware of given its North America focus?

As everyone knows, the development of the battery industry has been led by China. Most recently, battery production has picked up substantially in Europe. At long last, America has joined the electrification trend. While large companies such as LG, Samsung and Panasonic are very experienced at setting up production facilities in all parts of the world, most of the companies seeking to establish manufacturing facilities in the USA are either early stage companies with limited resources devoted to facility design and construction, or international companies with little experience in the USA market. In this context, ESD’s ability to introduce prospective partners and customers, as well as to provide turnkey services with respect to facility construction, is a very attractive value proposition. As a result, ESD management has never been more excited about the prospects for the North American market.

Formerly the Chief Technology Officer of CATL, the world’s largest lithium ion battery company, Mr. Galyen serves as Chairman of the Board of Directors of ESD, bringing over forty years of experience in the battery space to the Company. Mr. Galyen’s energy storage experience ranges from large corporations such as CATL, Magna, Delphi and General Motors, to small entrepreneurial businesses such as Tawas, Indy Power Systems and World Energy Labs.

Mr. Galyen served as Chairman of SAE International Battery Standards Steering Committee for eight years and as Chairman of NAATBatt International. Mr. Galyen also serves on Senator Lugar’s Advisory Board for Renewable Energy at IUPUI; the Dean’s Executive Advisory Council at Ball State University; and the National Fire Protection Agencies Board of Advisers. Mr. Galyen holds Master of Arts and Bachelor of Science degrees in Chemistry from Ball State University.

In 2020, Mr. Galyen founded Galyen Energy, LLC, which advises numerous companies involved in battery and energy storage. Mr. Galyen serves on the Boards of Directors and the Technology Advisory Boards for multiple companies.

In 1990, well before others recognized the significant role that China would play in the global economy, Mr. Perkowski spent three years investigating opportunities in Asia and China and founded ASIMCO Technologies in 1994. As ASIMCO’s Founder, Mr. Perkowski developed the strategy and raised $450 million of capital that enabled ASIMCO to become a major auto parts supplier in China. Under Jack’s leadership, ASIMCO gained a reputation for developing local management and integrating a broad based China operation into the global economy. ASIMCO was three times named one of the “Ten Best Employers in China,” and in 2008, Mr. Perkowski was designated by China Auto News as one of “30 Outstanding Entrepreneurs in China’s Auto Components Industry over the 30 Years of Economic Reform,” the only foreigner to receive this distinction. Often referred to as “Mr. China,” Jack is widely recognized as an expert on doing business in the country. Jack authored Managing the Dragon: How I’m Building a Billion Dollar Business in China.

For more information about ESD and its plans for the development of its Super Site Battery Industrial Parks in the United States, please contact: 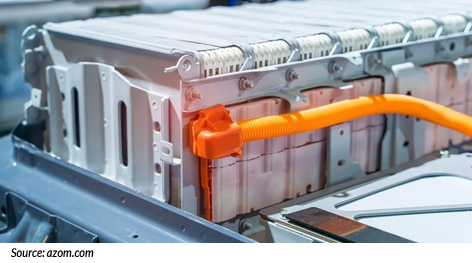